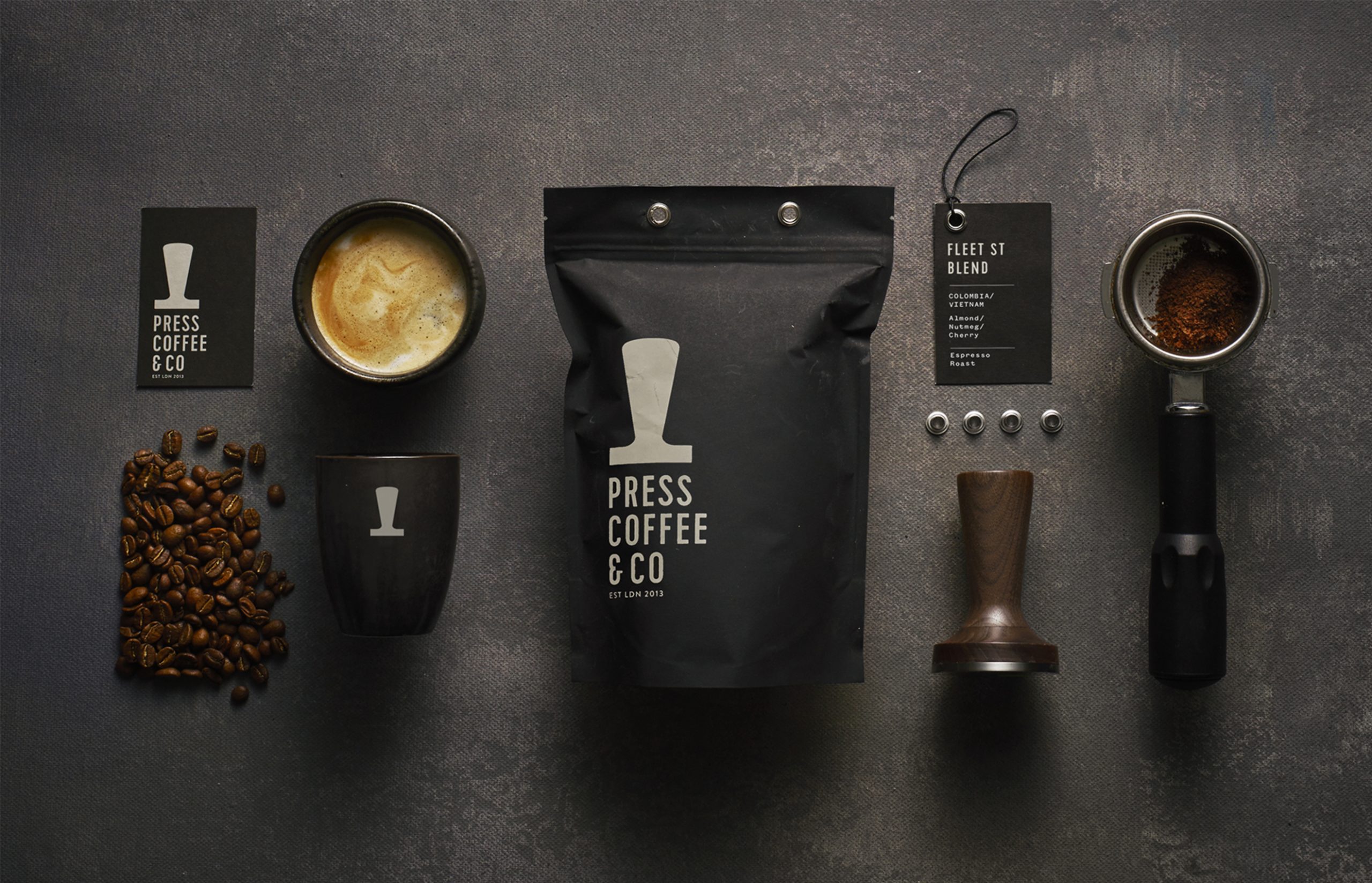 A London-based coffee chain and roastery

Press Coffee & Co. is a London-based coffee chain and roastery, currently serving coffee in five locations in central London. The first café opened in 2013 in the legendary Fleet Street, which was simply known as “Press” because it was home to many of the British national newspapers. “Press” was always full of activity and noise, with a bustling backdrop of steel, tools and machinery.

The brief
Press Coffee & Co. wanted an identity that would echo the character of the place, reinforcing the associations with the traditional printing presses that used to fill the newspaper offices in the street. They wanted to be able to implement this identity across multiple kinds of media – from the interior décor in the cafés to packaging design and social media platforms.

The expression
The iconic symbol of a coffee tamper was chosen as the central element to be used consistently throughout the new identity, thereby giving the word ‘Press’ a double meaning that created a solid connection between the coffee shop and the barista’s work. The inspiration for selecting the colours, fonts and materials was drawn from the steel in the street, along with the tattoos and heavy jewellery worn by the baristas. A mixture of black and steel. Coffee and machines 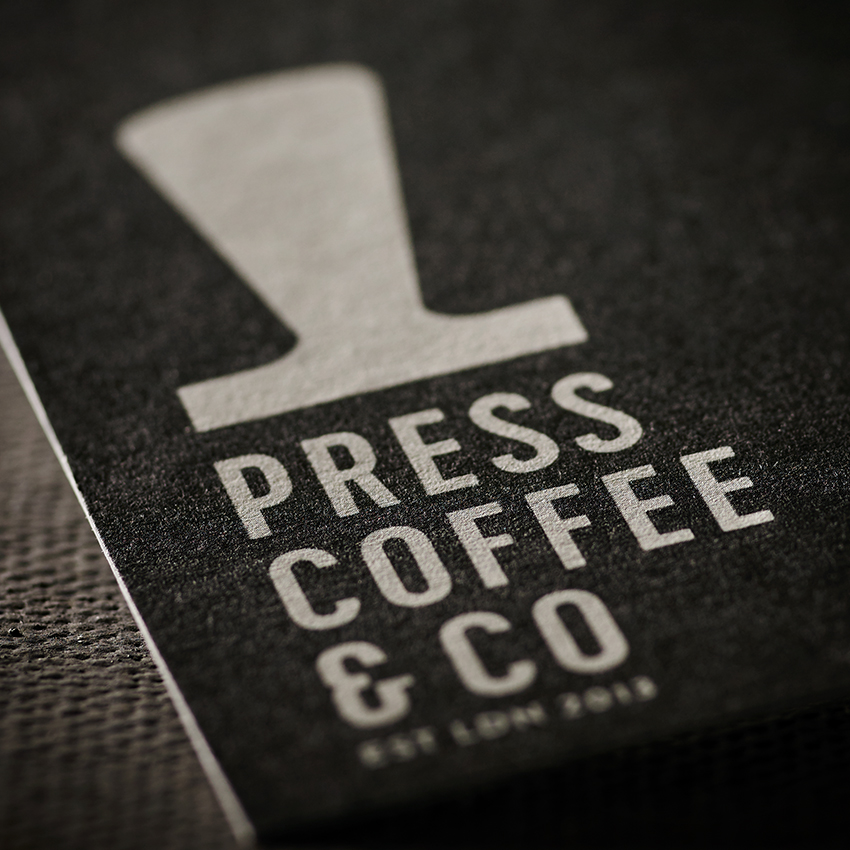 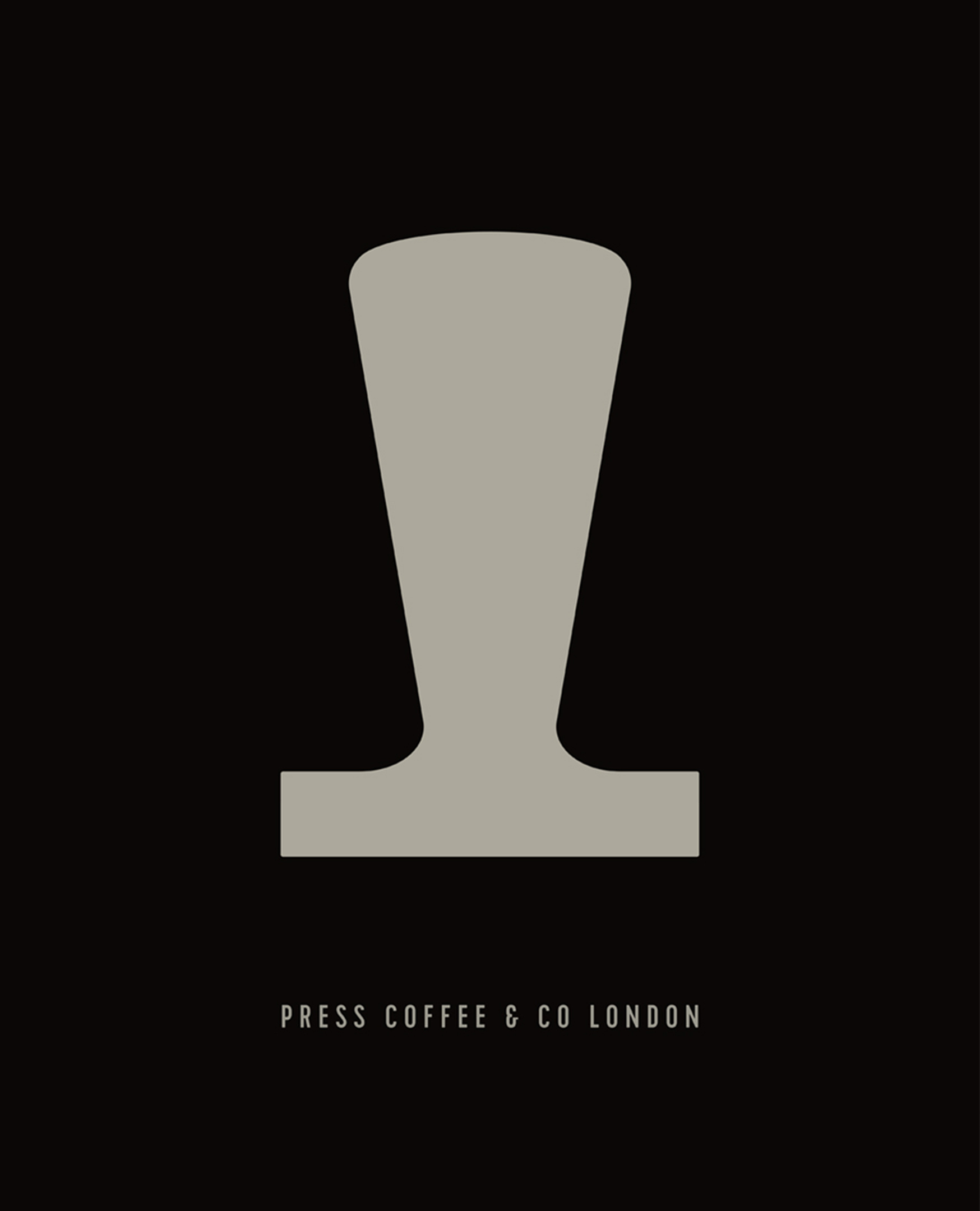 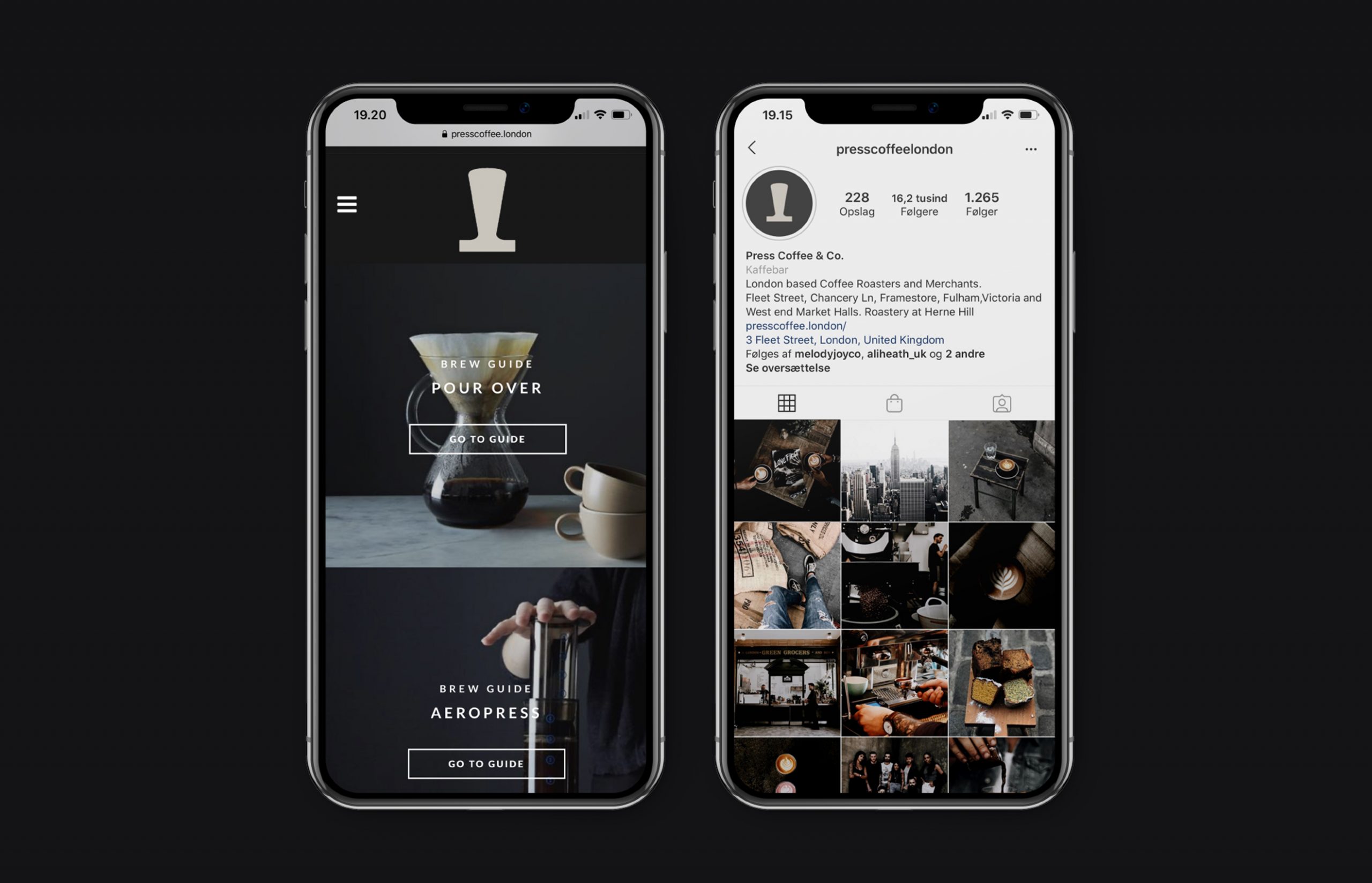 The first Press Coffee bar id locates in Fleet Street in London, once home to some of UK's newspaper editors and newspaper printing companies. 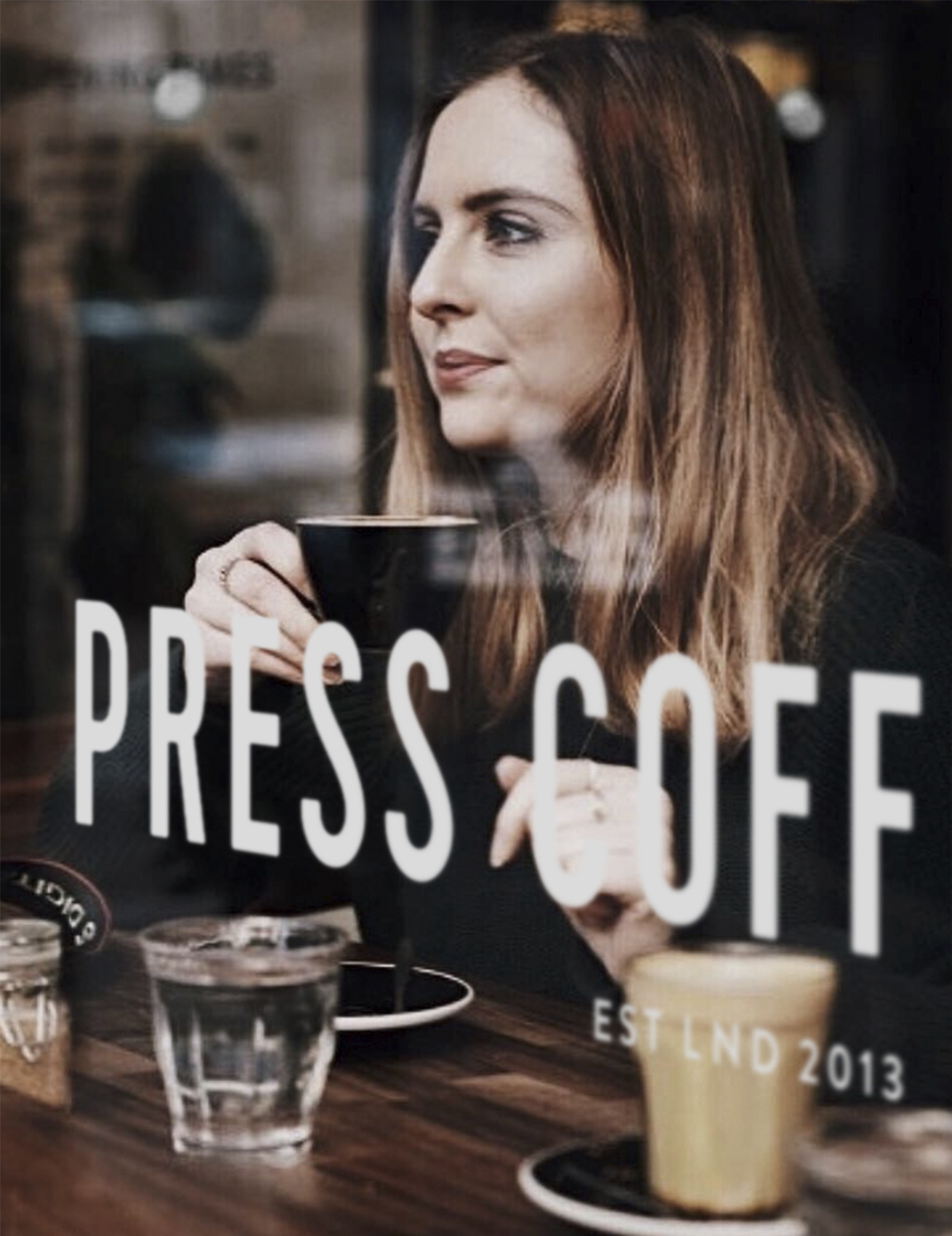 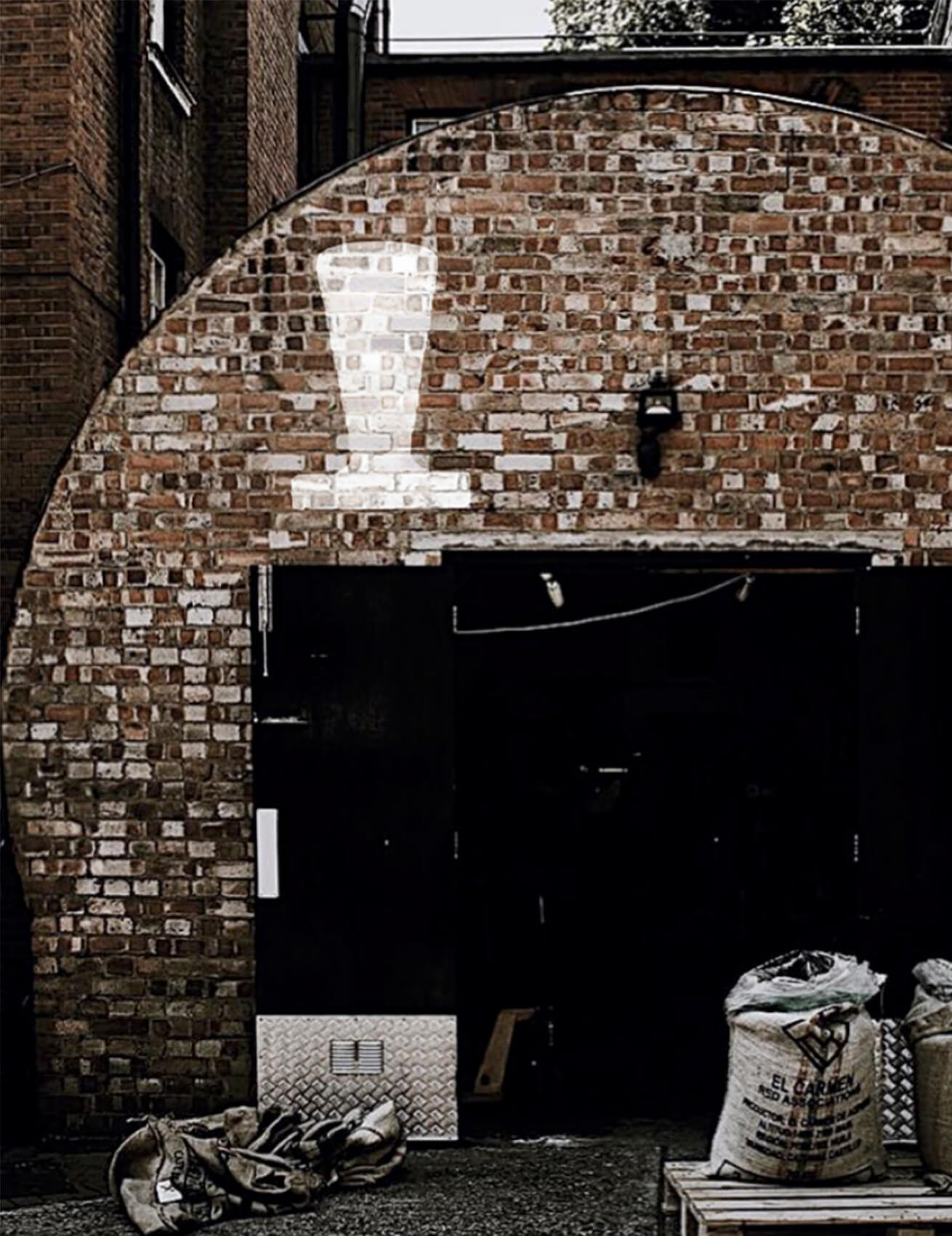